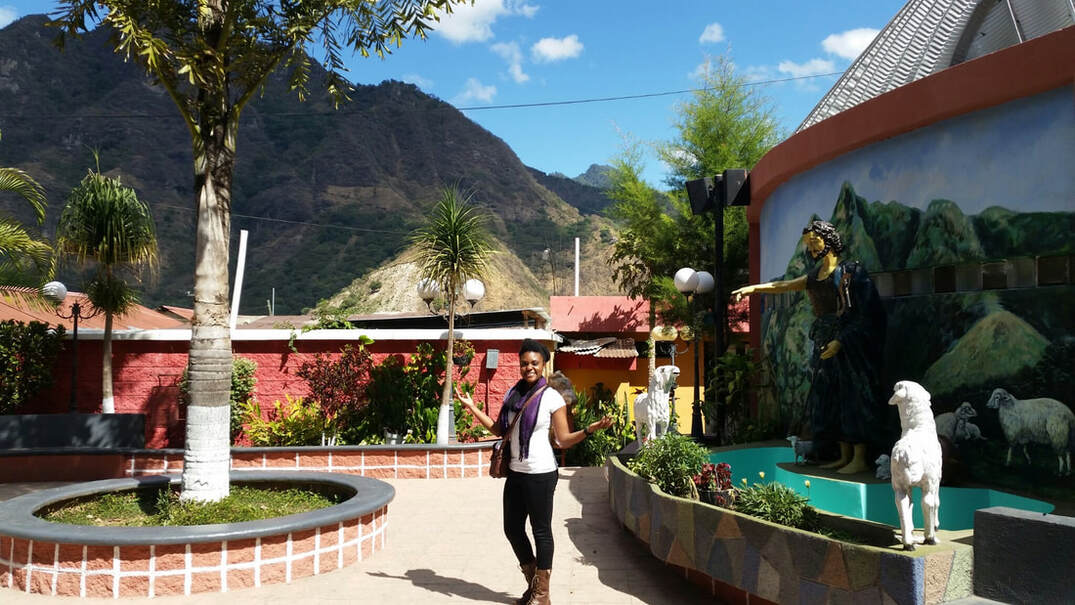 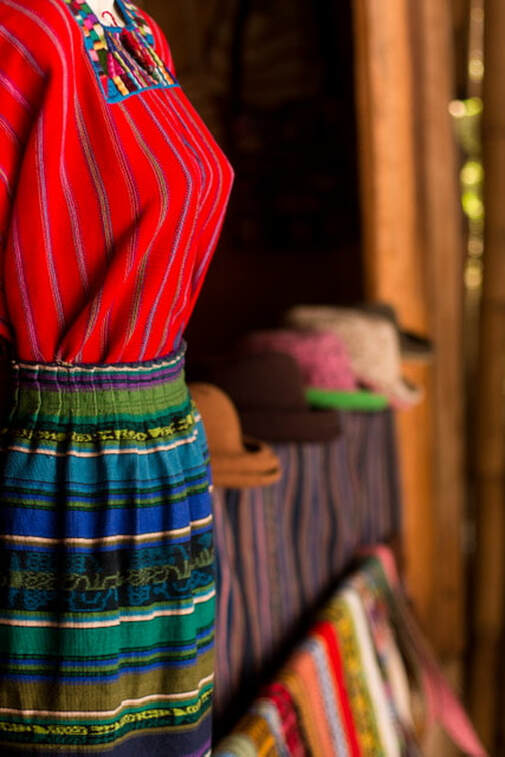 Who Would Have Thought?

Finally packing my bags and preparing for my study abroad trip to Guatemala made me feel so grateful for the opportunity and for all of the vacation days I accumulated at my corporate marketing job that allowed me to even go. My coworkers would say, “Only Tiff would take vacation time to study and help women entrepreneurs in a different country.” Insert friendly eye roll.

Since I was a child, I have been intrigued by different cultures and languages. One of my earliest memories of this was when I asked my Mom for Selena’s CD, which had more songs in Spanish than in English.  My mother not only purchased that CD, but she let me sing Selena’s Como la Flor on repeat the whole ride home from school every day for months it seemed.  She never hushed me, never “accidentally lost” the CD, and never explained to me that confidently speaking gibberish does not equate to successfully speaking a foreign language. What a saint!

I had always dreamt of studying abroad and was close to doing so on several occasions prior. In high school, I wanted to study abroad in France like my neighbor’s daughter who had lived in Paris, teaching English, and later returned with her French husband.  I watched as her three beautiful children became trilingual, with her speaking to them in Spanish and him speaking to them in French. Can life get any more picture-perfect than that?

A few years later, in college, I submitted my down payment to study abroad in Paris since my French teacher encouraged me to go to France, believing I would become fluent as easily as she did. But, I had to cancel due to my family finding out my mother was diagnosed with cancer. I was crushed, but ultimately glad I did not go, understanding timing is everything and the timing was less than ideal.

Next, I was selected for a study abroad in Germany analyzing small- and medium-sized enterprises.  Some of us also planned to travel around Europe together before and after the course.  However, I had to return as soon as I landed in London, our first stop, because I received the call that one of my best friends, my mom, had passed away.  I hated myself because she encouraged me to go to Europe despite her illness and I eventually stopped objecting and went.  Although I am grateful that she was the last person I talked to before I left, and that my last words to her were “I love you, I love you, I love you!,” followed by my dramatic smooching sound, I still can’t believe that what should have been a year longer, only lasted a few more hours. As time passed, I understood why that had to happen.  I understood why I could not have been there for her passing and how terribly she would have felt if I canceled the trip on her account.  I understood that. If I were a mother believing I had more time, I would have insisted that my child go as well.

I came home for the funeral procession but was encouraged by some strong influences in my life at the time, including one of my mom’s best friends, to return to Europe to finish what I started just a day or two after the funeral.  And I did.  It wasn’t easy, but my mother would have wanted that.

In my last year of my master’s program, a group of MBA candidates and I were selected to consult in Guatemala as
a part of our marketing class. The class was taught by my favorite professor, a German professor who challenged us to think about marketing in a new way, not focusing on profit gain, but instead considering its impacts on the world, the environment, bottom of the pyramid markets, and micro-businesses.  I fell in love with these concepts and felt inspired.  The concept of marketing, which I explain in layman’s terms as “understanding people, their needs and what makes them tick in order to best present the appropriate product that will meet their needs,” came almost naturally.  My professor’s course made me think, “If only I could use this to do some good in the world”. Stay tuned for how that worked out for me!

While, clearly, none of those other studies abroad happened as planned, this trip to Guatemala was happening!  I was packing and was actually going to be able to go.  I did not want to jinx it and was fighting to suppress the fear that something bad might happen if I went. I would not let myself believe it was happening until I touched down and took my first step on La Aurora Airport’s tile floor in Guatemala City.  And I did.  I made it!

My classmates and I worked together to teach Mayan women entrepreneurs some basic business skills, including merchandising, basic social media, pricing, and leveraging emotional appeal.  The two weeks we spent there opened my eyes to marketing outside of the corporate world.  I enjoyed working with people of other cultures and navigating our differences.  I loved that I picked up some Spanish and I was determined to learn more.  I appreciated the generosity of the Guatemaltecos.  I was blown away by how people who had very little were so excited to share what they could with us foreigners, such as food, culture and dance, just to show their welcome and appreciation.  I loved that even the smallest advice we offered made huge impacts on the people’s standards of living.  We received feedback that the women felt more confident as business owners, which was key.  We wanted them to be empowered to leverage the tools and skills we passed on to them to continue in the direction of growth, which would help them better provide for their families after we would inevitably depart.  Receiving Dr. Braunsberger’s email that the woman who ran the local business center in the library said “you are making a real difference in the lives of these women” sealed the deal. How could I even go back to what I was doing before when I felt passionate about something like this?

Well, we returned and, while the next year or so was filled with success at work, there was always something missing.  A promotion did not help.  A vacation did not help.  I decided to fulfill my passions outside of work, setting goals to be fluent in French by 30 and conversational in Spanish by 35. I studied in the evenings, but it seemed impossible with so many distractions.  After the loss of my mom, the constant reminder that life was short and you only live once urged me to figure out what Tiffany truly wanted to be doing for 40+ hours a week. Studying abroad showed me that my passions were more aligned with promoting education and skills development, being immersed in multicultural environments, travelling, language learning, mentoring, and so on. I realized that my study abroad experience really was wrecking my life, but for its betterment.

I decided to quit my job and figure things out.  Bold move, I know, but I’m a bold chick and I believe in making strategic YOLO’s!  I returned to Guatemala for a few months to work with small-business owners and learn some Spanish.  And then, I lived in France for two school years working with students while living my life immersed in the French language and culture. Now, I speak French fluently and am conversational in Spanish; both goals were well-met in advance.  Not only have I studied abroad, but I have lived abroad in two different countries and I have travelled to several more. I have also found my work passion in promoting an educational experience that allows you to follow your curiosity, especially if it leads you abroad for a period. This concept brought me to the university I work at now.  My life is a product of me following my curiosity; and this curiosity led me to my ultimate goal of living the life I love and loving the life I live. Wow!  I almost cannot believe how significantly my life has changed.

Sometimes I speak out loud, as if my mother could hear me, and say, “Mom, I know you’re proud, even if I would love to hear you say it again.  Thanks for never shutting me up or dulling my sparkle when I sang Selena’s Como la Flor on repeat.  I may have been saying gibberish then, but every time I sing it now and actually know the lyrics, I find myself thanking you for never killing my dream that I would speak another language someday. Mom, who would have thought I would have these amazing experiences? Who would have thought I would be the woman I am today?  Did you?”